Little did I think a year or so ago when I first started to look at digital cameras that I would even be contemplating a changeover from traditional photography to digital. Technology is moving at a great rate and it only seems the other day I was showing images shot on an early Casio at 320 x 240. Now we have reached 2568 x 1928 with the Dimage 7 from Minolta - that's about 5 million pixels. File sizes in Photoshop can be in the region of 28 megs and it is perfectly possible to make A3 prints that look pretty good .
So what do I like about it. First its feel . When I picked it up it felt just right. It handled more like an SLR than the 'traditional' digital camera. Most of the important functions are accessible from controls on the outside of the camera rather than having to go through lots of menus via the LCD.Some have felt it had a 'plasticy feel'
The 28mm to 200 mm zoom lens gives good sharp images and the extended wide end of the zoom is really useful. The macro is interesting too. Unlike the Nikon 990 which works from the middle zoom position the Dimage 7 has to be set to the tele end of the zoom to set the macro. Though the magnification from the Dimage is not as high as the 990 one advantage of the macro at the longer focal length is the greater working distance. The disadvantage is you have to get the point of focus just right as in available light the depth of field is narrow. However the internal flash on the dimage works quite well in close-up. 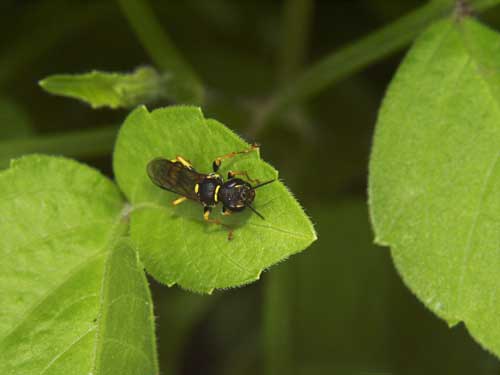 This original pic was taken with the onboard flash at the full macro setting with a plus 1 dioptre CU lens in front of the lens also. Exposure was 1/180 f8 at 200 asa (asa is automatically set at 200 when flash is used).

A plus point with the lens is the filter thread of 49mm which will enable you to use those old Pentax filters or with an adapter the 52mm Nikon ones. 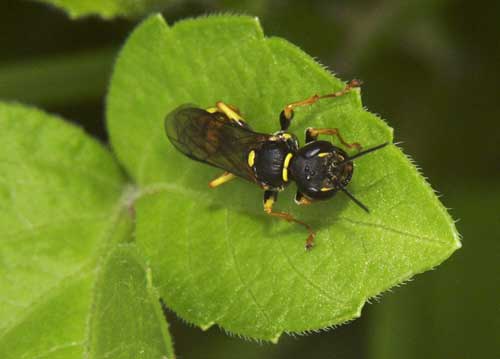 As you can see, the image on the left is a straight crop of the original resized down without any unsharp mask being used.

To get greater magnification you will have use a stronger dioptre CU lens.On the shot below I used a plus 10. Depth of field even at f8 is pretty minimum 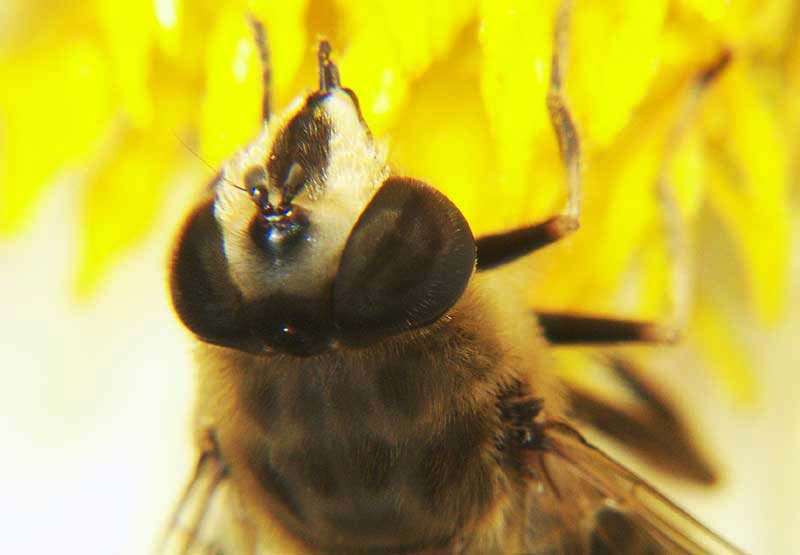 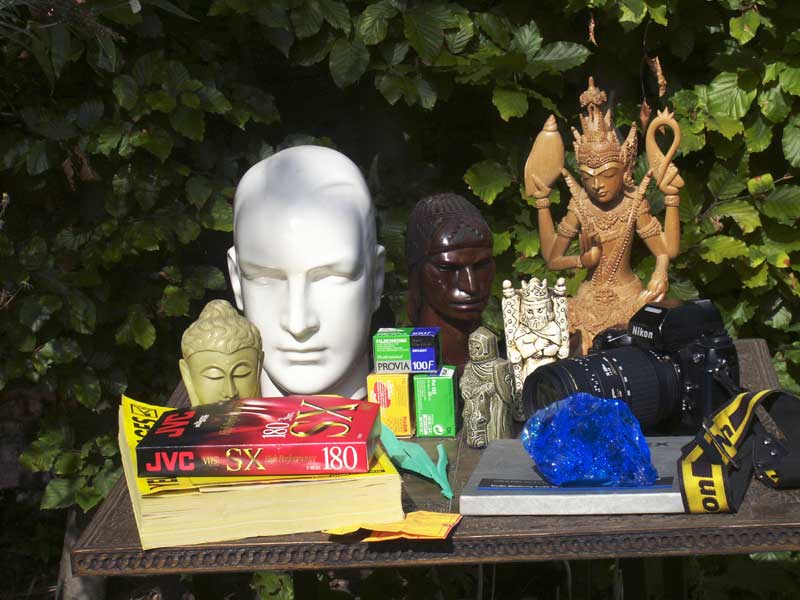 No unsharp mask used on either image. 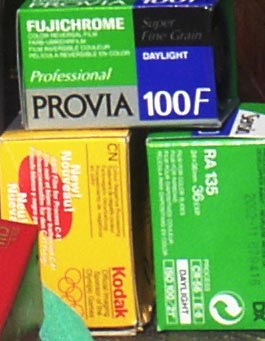 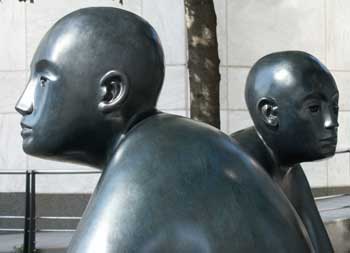 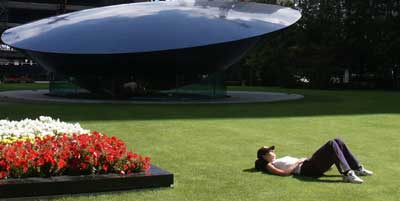 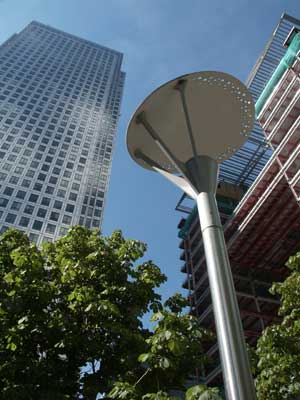 A selection of images from a recent quick visit to the Canary Wharf area. Images above and top left are almost full frame whilst image on left is a fairly big crop. 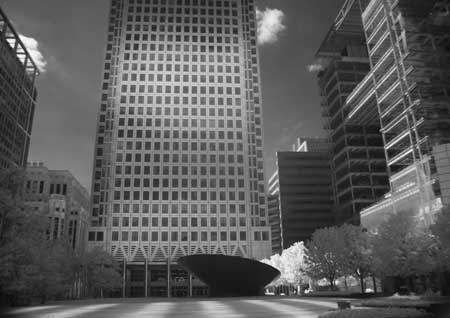 The Dimage 7 appears to be quite good as far as infra red is concerned. The images below on the right are direct from the camera using a virtually opaque 87 gelatin filter .

Exposures were in the region of 1/2 sec f2.8 with the camera switched to black and white

I have found some negative points about the Dimage7 . For moving subjects (i.e. sport) the electronic viewfinder takes a bit of getting used to

Battery use is quite high and more early warning of battery failure is required. You certainly need plenty of spare batteries and a fast charger . Now one that really looks good is the MH-C204F from Thomas Distributing in the States -http://www.thomasdistributing.com
Its a fast charger, tells you when its done and has a conditioner. You can get leads for both UK(240v) and the USA (110v). If you are touring there is also a lead that will work from the car lighter.
Another battery option is the Dual-Force Pro power pack from EagleEye
http://www.eagleeyeuk.com
See further below for details on another really good charger 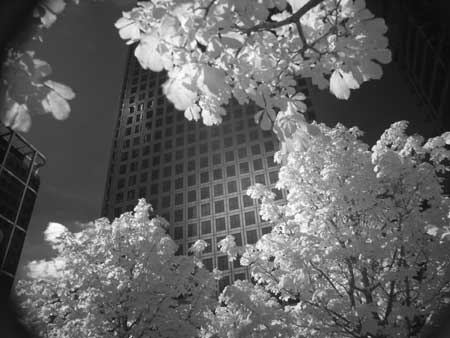 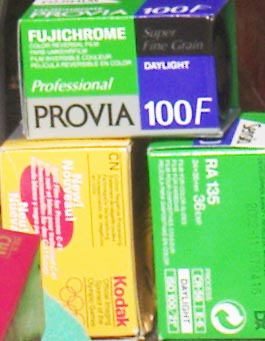 Another thing missing is an extension flash socket. There is a flash shoe but apparently this will allow only Minolta flash units and I am still waiting to hear how studio flash units can be used with the Dimage 7. New accessory is on the way according to an email from Minolta- hurrah! Mine has now arrived and I will have a section later covering its use. I also updated the firmware and this has meant I only get 50 shots on a 128 meg card (best resolution JPG) instead of 62!
On a minor note there is a limit on the number of images that can be shot on the time lapse feature - 99 and the minimum interval time of one minute is inadequate. Five or ten seconds would be more practical for many functions and the maximum number of shots should depend on the size of the card and quality and size of images chosen. I hope a Firmware update in the future will put this right.
Another important problem that has arisen concerns the compatibility of various Compact Flash cards with the Dimage 7. A problem with a Fujitsu 128 meg card was followed by further complications. The Dimage would not recognize a Dane-Elec 128 meg card and would not even format it. However it was recognized by the Nikon 990 and when formatted on the Nikon 990 it would then appear to work on the Minolta Dimage 7 . I await a reply from Minolta Technical Support with interest !
Now I have the answer !! The Dimage will only support Toshiba, Escard and SanDisk and the IBM 1 Gig Drive as these are the only ones they have tested !
As very few mail order companies in the UK advertise the make of their Compact Flash cards I can see lots of problems in this area.
In sunshine I have now settled on the following setup for shooting.......EV -.3 ......Saturation +1 ......Contrast -2 and sharpness to soft. Images are inially opened in the Minolta Viewer software and saved out as colour match RGB jpg's to the hard disk. Any sharpening and correction is done in Photoshop.

Another annoying quirk is the inability to open Raw files in Photoshop directly instead of having to go through the Minolta software - another black mark
Garden3
Chester Zoo
A Day in Dorset
A really useful charger is the Hahnel Rapid Powerstation. This has the ability to charge each cell individually and you get some indication ( by pulsing lights) of how each are doing. I was amazed to see that after transferring from a standard charger a ' fully charged' set of batteries to the Hahnel the time taken to charge each battery was different. So it looks like when you put your batteries in a standard charger when the first one is ready - they are all done! This means you are not getting full value per charge. I got mine from UK Digital ( http://www.ukdigital.co.uk).The other useful thing about the Hahnel is that it is universal voltage charger (110-240) and it is also a compact unit.
Cricket
Garden 4
Gallery 4
USA 2002
Gallery 2
Dimage A1
NEW Dimage 7