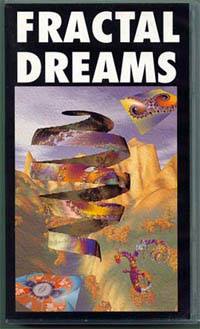 below are some stills from the video 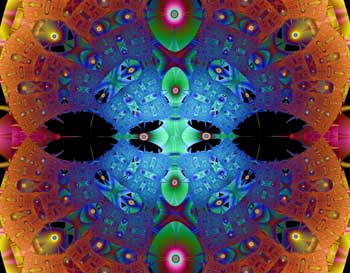 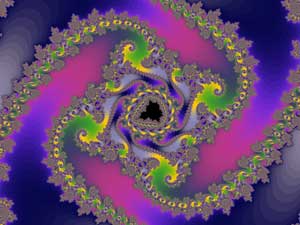 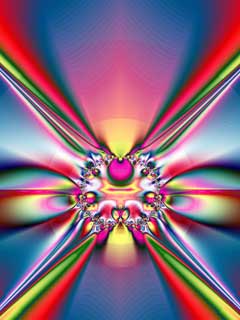 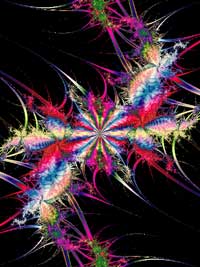 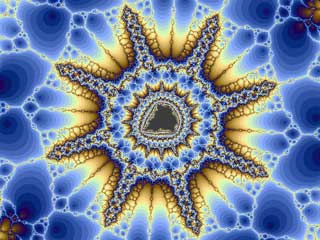 The fractal images in this area are from some of the latest program Tierazon which can be downloaded from
http://home.HiWAAY.net/~stephenf/

Another program worth having a look at is Ultrafractal downloadable from
http://www.ultrafractal.com 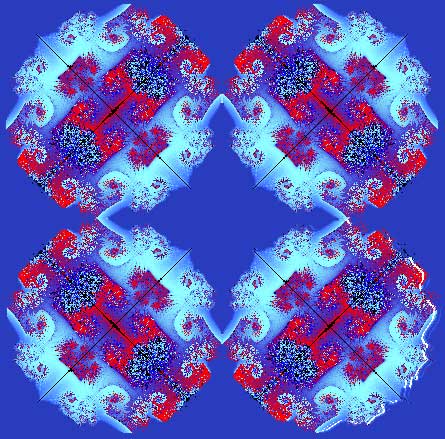 The follow-up to Fractal Dreams will be more challenging and work has already commenced. There will be some images on the Fractal Quest page
I first became intrigued with fractals when a friend showed me an article in Scientific American in 1980. I understood little about the maths involved but he images produced by variations on the equation really caught my imagination and I was hooked. At that time I was using an Amiga and I tried some programmes - eg Maths Art but it was when I moved to a PC that more powerful bits of software became available. I then used Fractint and Fractool, especially the latter. Now I tend to use some of the new programms - eg - Ultra Fractal and Tierazon. 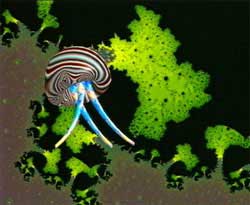 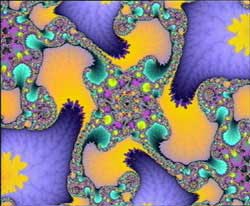 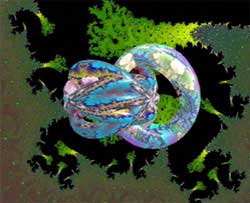 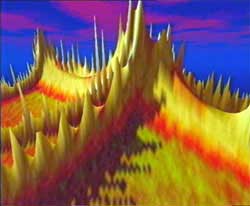 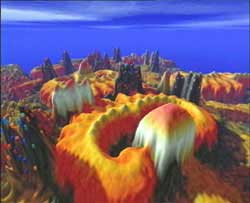 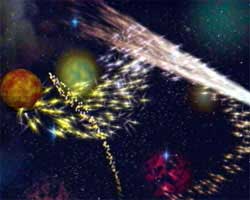 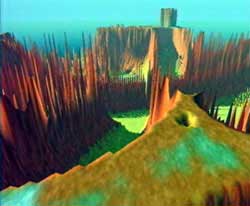 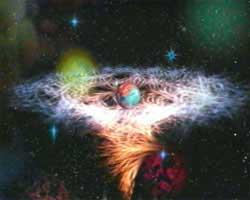 A year or so ago I decided to produce a video based on fractals of all kinds. The result - Fractal Dreams was published by Duet (Catalogue no. Duet 006) with a sound track by Richard Veal and Simon Creagon. You may still be able to get it in some Virgin or HMV stores. In case of difficulty e-mail me. The 40 minute video is a mixture of colour cycling fractals of different types, 3d animations using fractals as texture maps and landscape flythroughs. The 3D animations were mainly done on Topas ( before the days of Lightwave on the PC ) and Imagine. The landscape sequences were done on Vista Pro2. Most of the fractals were originated on Fractool. The fractals were generated at PAL resolution ( 768 x 576 ) and saved as pcx files. The images were changed into targa files and then loaded into Tips a paint programme which I use with the Vista card. Tips has three versions - 32 bit,16 bit and 8 bit .I used the latter which enabled me to adjust the colour mapping and run the colour cycling mode. This was varied to suit the sequence and music. A great deal of co-operation took place between the musicians and myself to obtain a good match of sound and image. The finale managed to win me a the second prize in an IBM competition in 1995.