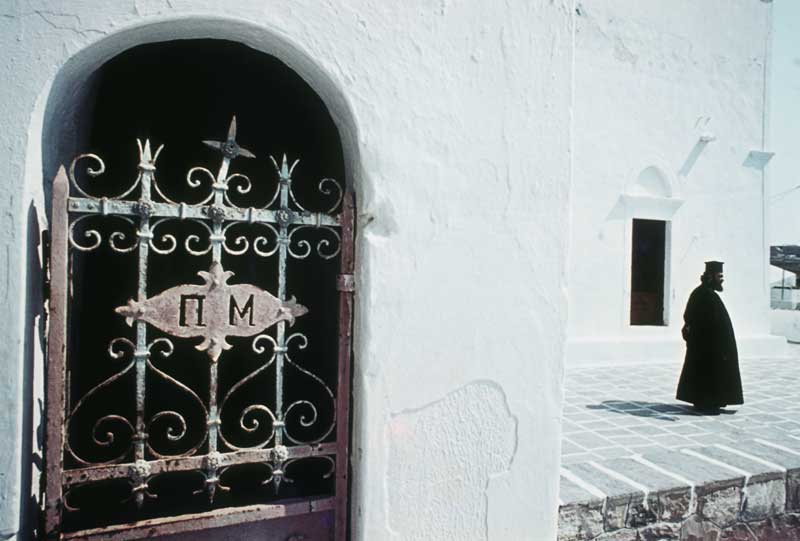 This image was taken in 1974 on the Greek island of Ios with a 24mm Nikkor lens using Agfa 50s slide film. I was concentrating on the relationship between the two doorways when suddenly the priest appeared. I waited a second or so until his silhouette had just passed the far doorway and then pressed the button. He was away and out of frame a moment later.
The wonderful Greek islands have a light all of their own and the picture was taken on one of the great cruises organised jointly by Movie Maker and Photography magazine back in the seventies in conjunction with Chandris cruises. Many happy memories of great times in the company of real enthusiasts such as the greatly missed 'pun' loving John Wright of Movie Maker mag.