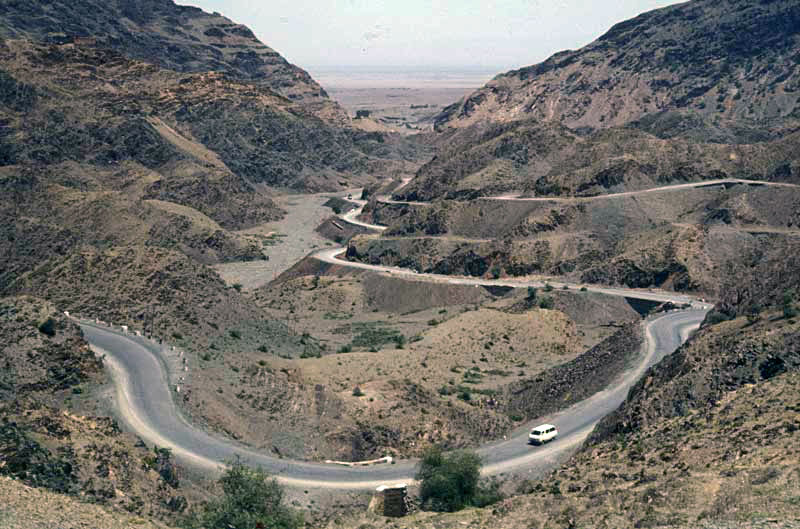 The Kyber pass between Afghanistan and the tribal area of Pakistan is full of history. Although the above picture was shot in May 1976 during my visit to the area I doubt whether much has changed. In the distance is Afghanistan.It is situated in the Sulaiman Hills which form the Western barrier of Pakistan. the pass is 56 kilometers long 40 of which are in Pakistan. The mountains vary in height from 2000 feet high in the south to 28,000 in the far north. I decided to use this as the January pic of the month after I noted that it had been the most viewed image in 2014 on my web site - well over 1500 times